The Thua Thien Hue plain along the sea coast has many lagoons, such as those of Tam Giang, Thuy Tu, Lap An, into them are converged the water of almost all the rivers of the province of Thua Thien Hue before going to the sea, through the mouths of Thuan An, Tu Hien, or through the great lagoon of Lang Co

Tam Giang and Cau Hai are the 2 biggest lagoons with fresh water, the 2 most representative lagoons in Vietnam with a length of 70 km for the whole of the two, they form an ideal habitant for many sea species all along the province.

The lagoon of Tam Giang has a depth of 2 – 4m, in some places, of 7m, the immense water surface is an area of important economic activity bringing high income with its sea products. Yearly thousands tons of sea products are brought on here (fish, shrimps and others). In the recent years, the cultivation and raising of sea products, mainly the raising of shrimps and cultivation of “gracilaria” has developed in this zone of lagoons. Today the province is researching on investment for building a bridge through the Tam Giang lagoon in order to have favorable conditions to develop the economy and tourism of this region.

Tam Giang lagoon runs along the coast of Thua Thien Hue Province, Vietnam, has an area of 22,000 hectares and a length of more than 60 km. It is the meeting place of three big rivers, including O Lau, Huong and Bo Rivers, before they run into the sea through the Thuan An estuary.

Tam Giang Lagoon provides a livelihood, directly or indirectly to about 300,000 inhabitants of 326 villages in 31 communes around the lagoon. Those people who operate fishing gear in the lagoon are both fishermen and farmers. 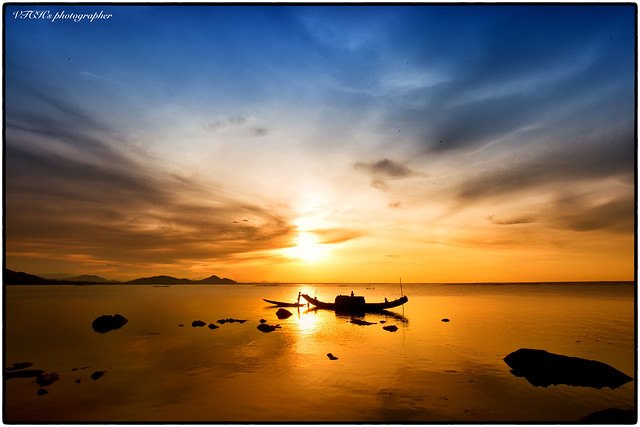